I was actually excited to stay at home on a cold winter night.  However, “Momma Bear” asked me if I wanted to go out to dinner with her to Spruce Goose and as she paid I said “yes”.  Had not heard a lot of things from Spruce Goose but as they were a finalist with their burger last year I thought way not try it.  We arrived and I was more interested in the set menu.  However, I decided to go for the burger while “Momma Bear” ordered the set menu

I was impressed with this burger.  It was presented very nicely with elements from the sea.  The lemon salted hand cut chips were very nice and crisp as was the aioli that went with the chips.  The bun was very nice.  However, I did feel the cumin that was baked on top of the bun did slightly overpower the burger.  The slaw was very refreshing but the paua was the star of the show and very nice  Overall the burger was very nice. However, the difficult thing about the burger was trying to squirt the lemon on top of the paua.

This was very nice with the paua dumplings.  It was tomato based.  However, it was slightly a bit too salty for my liking. 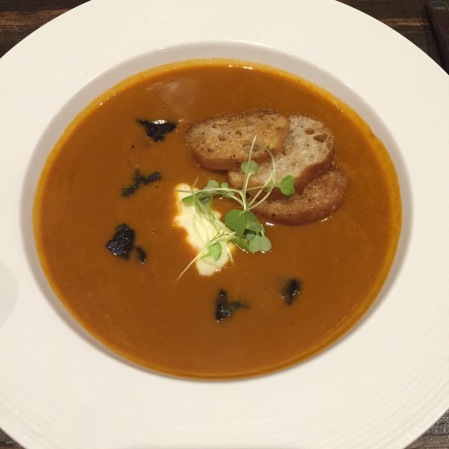 Again a very nice dish and “Momma Bear” really liked this dish.  She really like the celeriac element of the dish.  It was great to see some mussels also added to the dish and the fish was nicely cooked and seasoned. 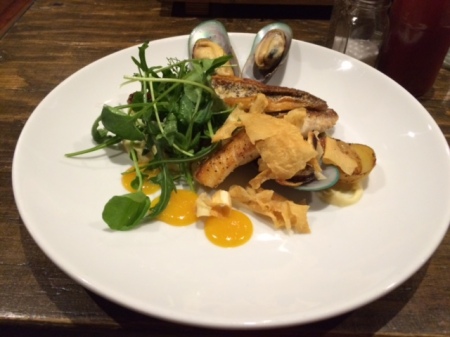 “Momma Bear” also loved this dish.  It was very nice.  She really liked the tamarillos and surprisingly the creamed rice.  I thought the cream rice was very nice and had a nice vanilla base to it.  Also the gelato was really nice and based on dark chocolate not milk chocolate.