Was doing some shopping around town and a bumped into MacGyver and his family. He said they were going for an eat and asked if I wanted to come. I suggested some place but they thought their son would not eat anything there. So MacGyver suggested Thunderbirds and off we went. 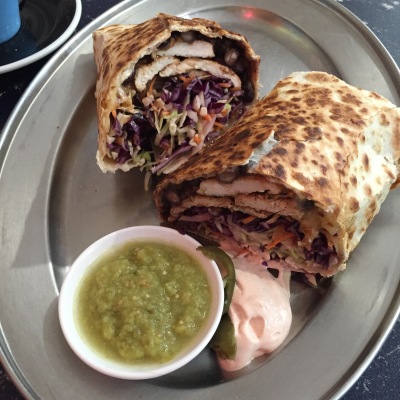 I was surprised to see how grilled the tortilla is when it arrived, but it looked appetising. It was slightly sad though how little anchiote cream and salsa verde there was though. Overall the burrito was very nice. The chicken was nicely seasoned and cooked, the coleslaw was fresh and the beans still had a bit of bite to them. The anchiote cream was good and as was the salsa verde but I do wish there was more of it. I also tired to eat it with my hands but it failed as you could not get the condiments on the burrito. Doh! 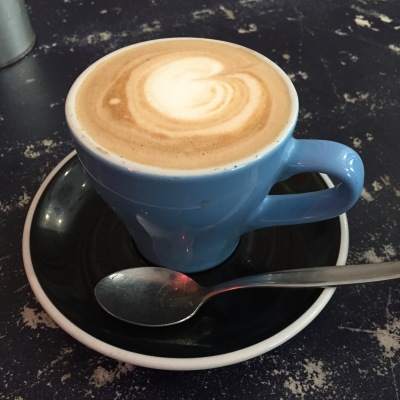 When this arrived I instantly knew that I may regret ordering a coffee here. They use All Press beans and yes I was disappointed. There coffee tasted weak and just had no depth to it, in the end I just had to add sugar to drink the coffee.

Overall a good place to dine if you looking for cafe food around the Lambton Quay side of town. We also ordered some curly fries and they were really nice and was a good serving size. The food came out fast and the service is standard. However, the decor is becoming dated. I even had a broken chair with the cushion no longer screwed onto the frame. Maybe Thunderbirds need a relaunch just like the TV show.