Had heard some good things about Hillside and as I had never been I thought it would be a good time to visit.  Pepper Potts was interested in trying their Festival Menu so she came with. We booked to ensure we could get a table. However, a few hours before we arrived someone called us and said that we could not do the burger and only do their Set Menu, which included the Festive dish. I was gutted, as I wanted to try their burger. But I also wanted to try their Festive Dish, so I was OK with it. 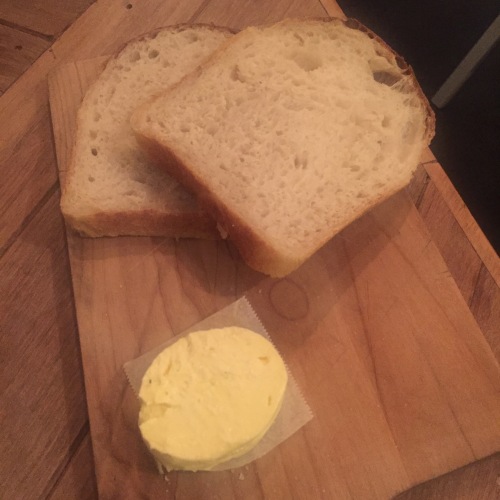 This was a sourdough bread with house churned butter. The bread was really nice and soft in the middle and a good crisp crust on the outside. The butter had been churned and sat for 30 days and provided a really nice slightly cheese flavour to the butter.

Starter: From The Land 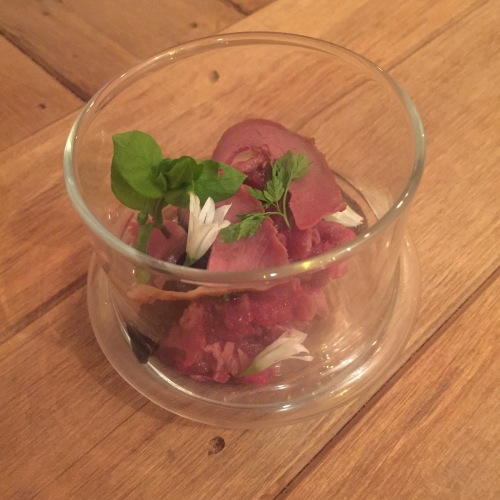 The version was prepared two ways; Like a pastrami and raw. Also in the dish were mushrooms, edible flowers and a mushroom mousse. All together this was a really nice dish. The uncooked venison was nicely great. The unfortunate thing about the dish was the bowl they used, as the mousse got stuck at the bottom of the bowl as it had a lip.

Entree: From The Sea 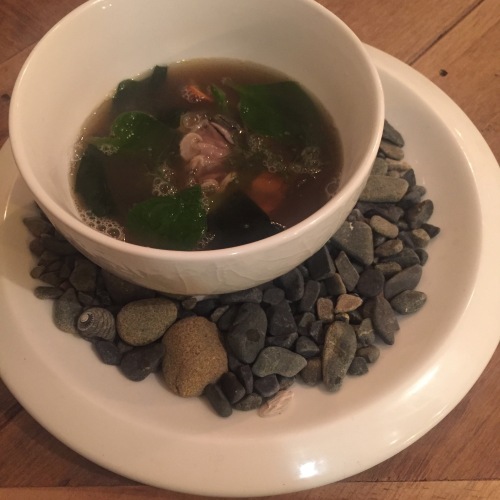 I liked this dish but there were a few things that were not quite right. The crayfish broth was nice, but it was slightly too strong and overpowering. Besides the broth, there was seaweed, mussels, smoked mussels, some leaves and a raw calm. 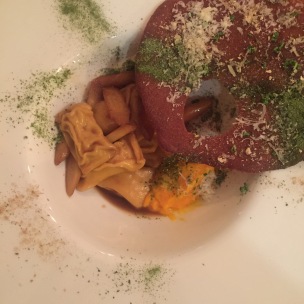 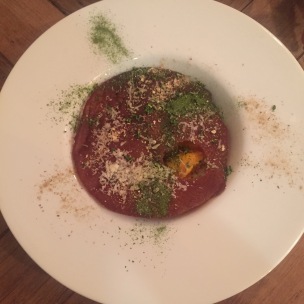 From the Ground: Tītī and root vegetables

This dish is meant to emulate the habitat of a mutton. Up top was a thin sheet made of potato skins and was coated with parmesan and seaweed dust. Inside the bowl was a carrot puree, potato, parsnips and mutton served inside fresh sheets of pasta.  Overall a nice dish, but quite rich and something was missing to tone it down.

Dessert: From the Past 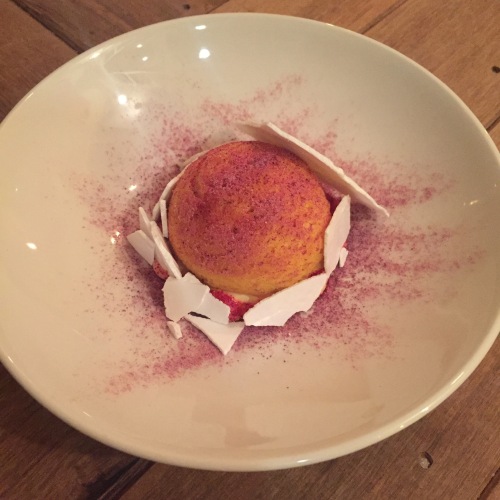 This was presented nicely with thin sheets of meringue around the sponge. However, that was the only thing nice about it. The sponge was dry and slightly stale.  The summer fruits were nice but the sponge did ruin the dish. 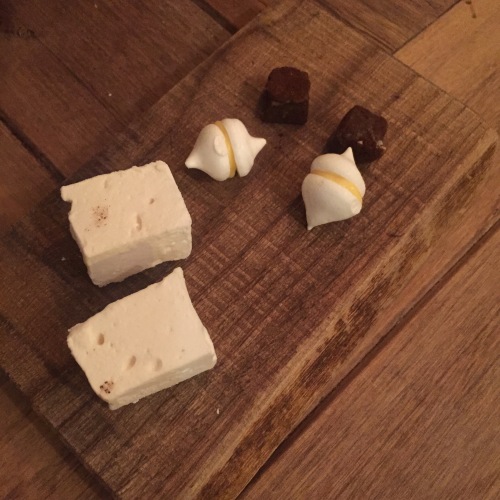 These were complimentary. There was a caramel coated in coffee, which I really like. Meringue filled with lemon curd. However, it was so sour that it was difficult to like. Finally, there was Earl Gray Marshmellow, which was really nice and had some really subtle flavours.

Although the food was good, but not fantastic. I think this is a pretentious little restaurant.  The servings are small and we were still very hungry after having the set menu. So hungry we even asked if we could have the burger before the dessert as they were still serving it. However, we were told no because they were only offering burgers to walk-in customer. Honestly, we could not believe it, we were paying customers wanting to pay more and they didn’t want our business. So will I be back, definitely not! A place that does not want my money and I was still hungry after paying for a four course meal.