There has been an interesting variety of burgers on offer for this year’s Wellington on a Plate. I have now kind of given up trying the ones that I wanted to try and have been going to places that other people have recommended.

As to be expected, visually this was an impressive burger from Grill Meets Beer. The house chips were really good and well seasoned with nice tomato sauce. The burger was difficult to eat with your hands due to it being so tall and filled with stuff. The cheese sauce was really nice, as was the bell peppers which were nicely grilled and sweet. The brisket was impressive and the cheese stuffed patty was really good. The burger was quite messy to eat and I ended up using some cutlery to eat my burger. However, a very good burger and if you like meat this is a burger to try. 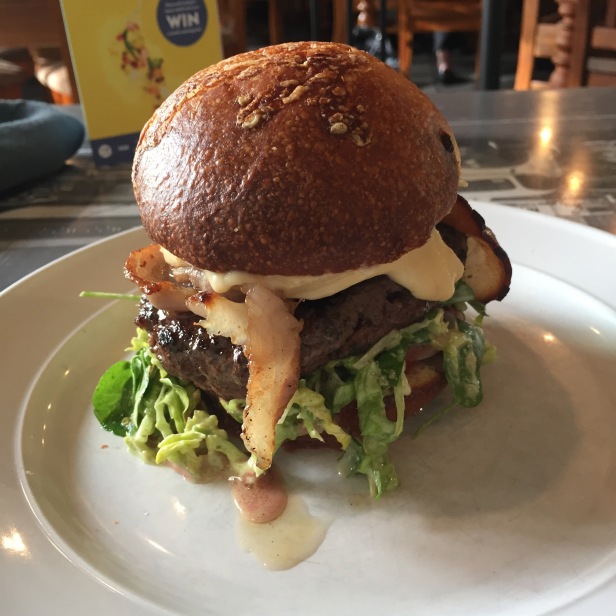 This was a tall burger, so big, it was really hard to eat with your hands and with an attempt, I had to use the utensils. The bun was nice and fresh and was a great idea to add cheese to the bun. The beef patty was cooked to medium rare and had a good pepper hit to it or could be the horopito. The bacon was really good and the cheese was really nice as was the smoked beetroot and the lettuce. Overall a very good burger.

Ok, that is it, I have had enough. I have decided not to have any more burgers. The only other burger I might have is the winning burger, but who knows. I didn’t manage to try the finalists, but my wallet is dead!