Another eatery opened in Wellington. However, this one was different as it is a Filipino restaurant which you cannot say there was a lot of these in Wellington. I had discovered this place through social media and really wanted to give this place a try as I had not eaten Filipino food before.  This place completely started new, retrofitting a space that was never an eatery before. Everything is clean and looks new with a mixture of food off the menu and cabinet food which is more kiwi cuisine style of food.  It is relatively small. However, a good space to start a new business. 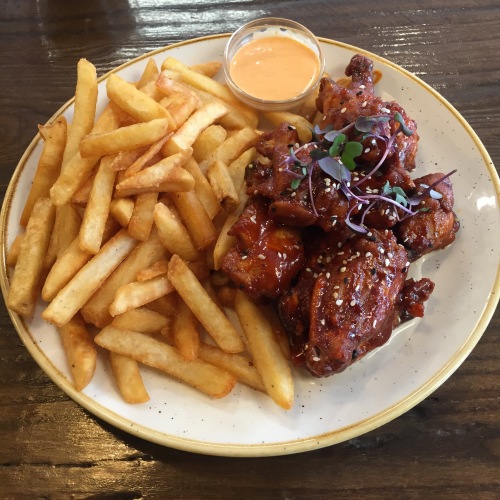 Saw this on the menu and had to give it a try. I didn’t even consider trying thinging else. It did take a while to come out but was well worth the wait. The fries were really nicely cooked, were crisp but not dry. The dipping sauce that came with the dish was really good and had a good spice kick to it. The fried chicken was great, although it had no coating it was nicely cooked and the wings were thoroughly covered with the nice sauce. The wings were slightly sweet and had a slight kick, but the coconut and blue cheese sauce at the bottom of the plate were really good and the wings went really well with that. A great combination. 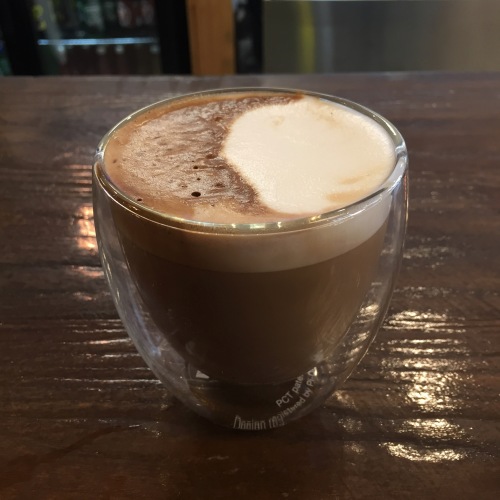 I was not originally going to order this but I found out that they use beans from the Philippines and was told that the beans taste different to the beans in Wellington. The coffee was quite bitter and slightly stronger compared to other coffees. The milk seemed creamier and smoother. Overall a good white flat but very different. 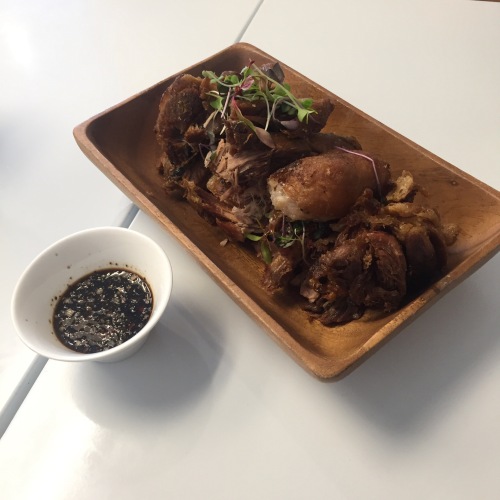 I went back on a Sunday to give the food another try and saw that the food on other people’s table was different to what was being served when I last visited.  I later discovered that on Sunday they only serve Filipino cuisine, which I was very excited to try. The menu was explained to us and as I saw this dish on another table, I decided to give it a try. When the hock arrived at the table, I was surprised to see what was there. I was also surprised while I was eating, how much meat was on the plate. The hock was nicely cooked with the parts of the skin nice and crisp and the meat nicely cooked and not too dry. The seasoning was good, but the meat was made so much better with the soy and lime dressing that was added on the side in a bowl. I also ordered a side of rice, which had gently fried garlic pieces on top and that was just a great addition to the rice, but also to the hock. Overall a great dish and big enough to share, which we thankfully did.

This place is pretty busy and serves good food. I was surprised to see how many staff there were for such a small place but they were all working and were very effective with their service. There is great natural light and the food in the cabinet looks good. The servings are quite big and the other people that were coming out looked really good.  This place may be one of the new places in Wellington I visit often.