A group of friends wanted to go somewhere for dinner.  We had not organised ourselves we just wanted somewhere that did not take bookings and where we could just walk in. I suggested Ombra and the party agreed. We arrived around 6.30 and sat at the bar for 45 minutes before we were seated, but we were fine with that. I also suggested Ombra because my friend was gluten-free and presumed this place could accommodate that very well and they did.

Ombra is a tapa style restaurant. So each of us ordered two dishes, which was actually enough for all of us including dessert at the end. 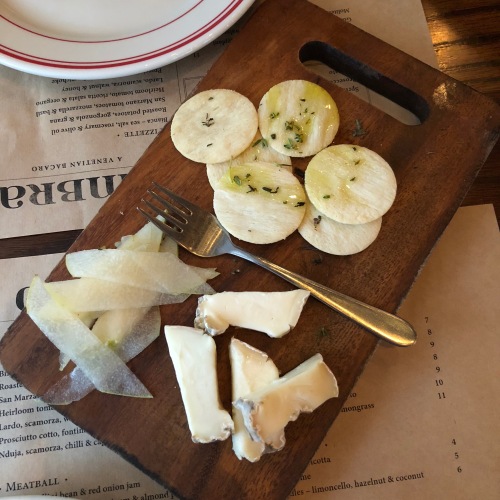 As one of my friends were gluten-free we got rice crackers with our cheese. The Taleggio is a young cheese which was nice and creamy but still had a distinct taste. It went really well with the fresh pear and also with the rice crackers. 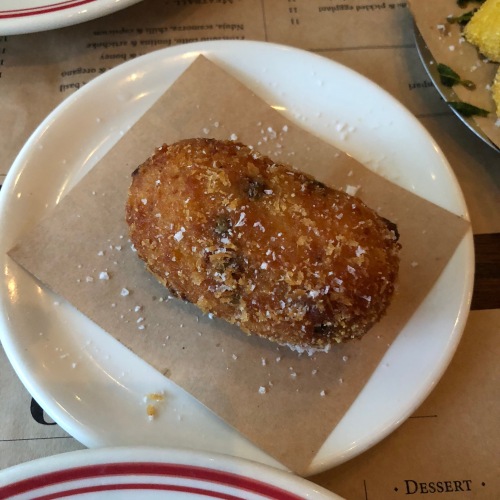 Although this was not gluten-free my friend did order this as they can eat a tiny bit of gluten here and there. This was surprisingly bigger than I thought it would be and was really nice. It was not your typical arancino as the pea and prosciutto were in small pieces versus it being all mashed in the risotto. It was really nice and well seasoned. 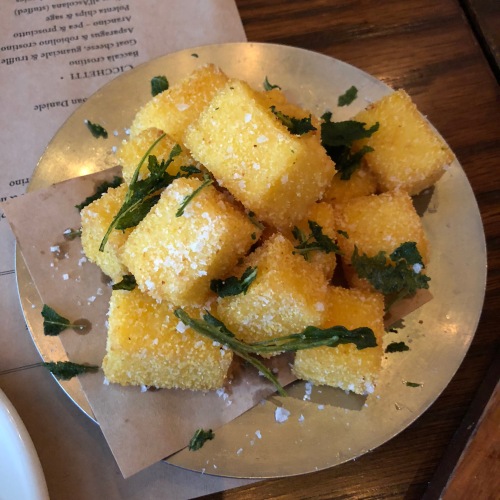 These were really nice and really hot when they arrived at the table, which was not good as I just wanted to eat them. They were nice and crispy on the outside and as fluffy as they could be on the inside. The sage was a really nice touch as was the grated parmesan cheese on top. A nice G.F. dish on the menu 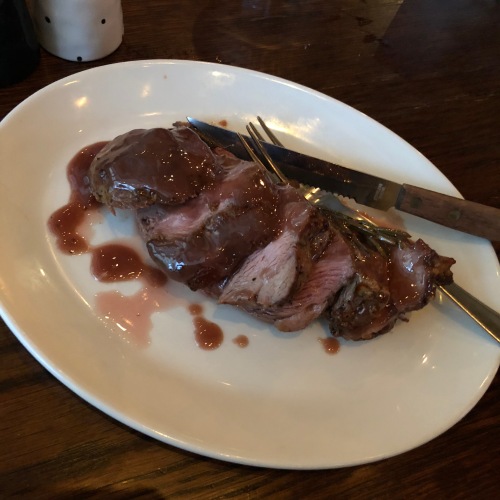 This looked like a very simple dish and was G.F. However, the lamb was beautifully cooked with a slight pinkness to the meat. It was beautifully seasoned and flavoured with a nice light vinegar gravy poured on top. Simple and Beautiful. 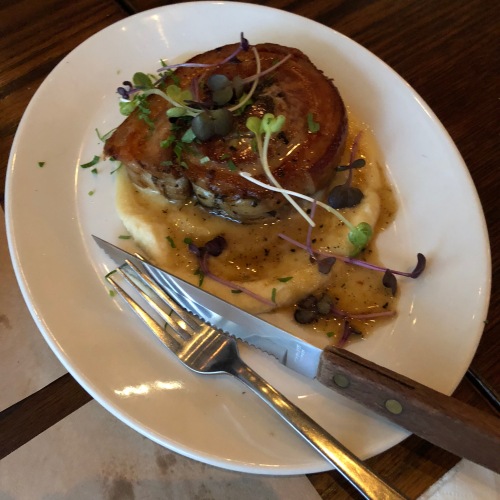 Was a beautifully presented dish of pork belly. and tasted great. The pork was lovely and soft and nicely seasoned with herbs and spices. The mash was really nice and could of possibly even been parsnip and not potato. Great dish and gluten-free. 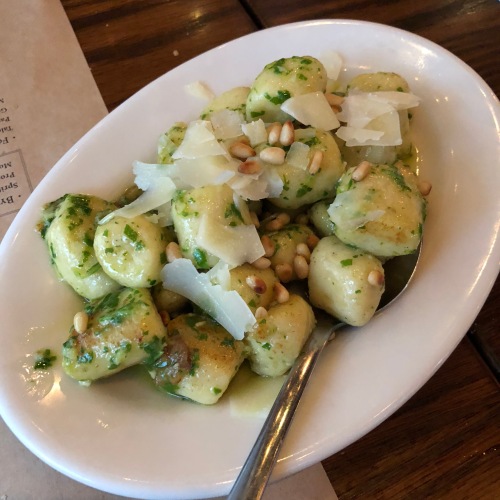 I ordered this dish and kind of felt guilty as it was not gluten-free but my friend was happy for me to order it. The gnocchi was just beautifully made and cooked. They were fluffy and lightly pan-fried. The pesto and pecorino just worked really well with the gnocchi. 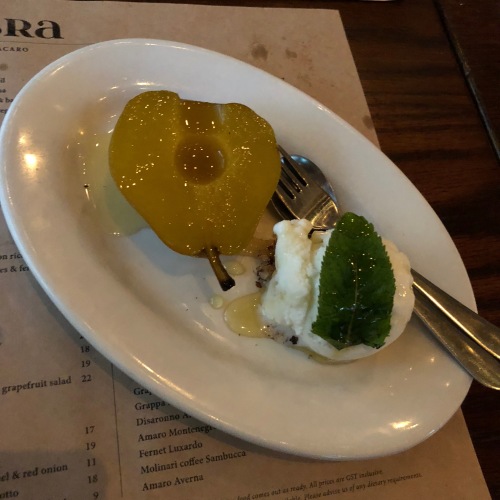 We decided to order our own desserts, so I decided to get the poached pear because I originally was going to order the gorgonzola cheese as my choice of starter but my other friends do not like blue cheese. However, I was very pleased I ordered this, The pear was poached beautifully with the right amount of honey syrup poured on top and matched the gorgonzola gelato really well. A great way to end a nice dinner.

I have not been to Ombra since it opened many years ago and I think I never went back because I could not be bothered waiting for a table. However, I think I will definitely make a better effort to go back. The service was really good, even though it was really busy. The food just comes out when it is ready just like traditional Chinese restaurants and it works well for this place. When I went it was really busy and they did really well, although we were slightly pushed to leave at the end, we understood why.