This opening of this new burger joint came out of nowhere for me. It has taken over the premises of an Asian takeaway eatery that never seemed to get any business due to KK and Cha only being three doors down. This place is part of the Trinity group, which owns several pubs, eateries and hotels around Wellington. 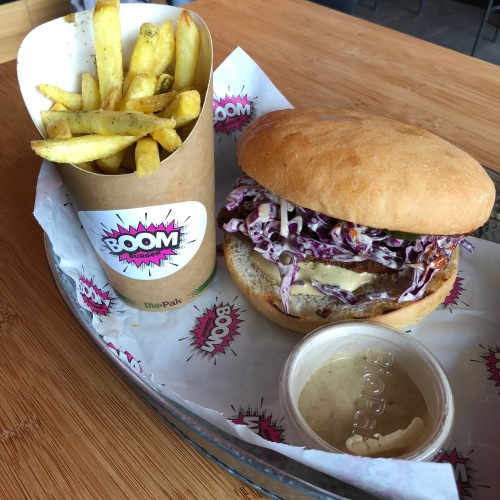 The fries were really nicely seasoned and seemed like they were cut and cooked on site. They had a nice crunch and I really liked the boom sauce. 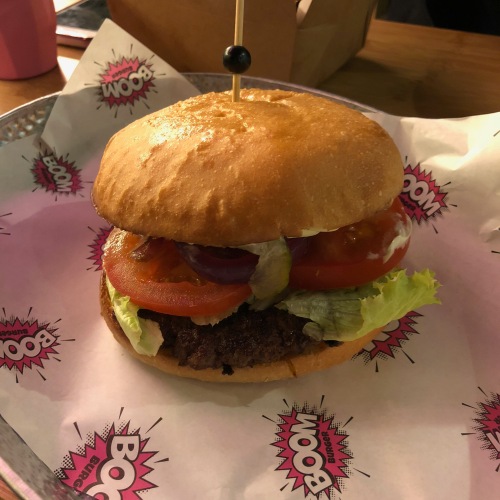 I went back with Pepper Potts and ordered the Mr Bombastic. This was a wide burger. The bun was toasted and was a milk bun but surprisingly quite wide. I really liked the jerk sauce and mayo but was hard to distinguish between the two. There were two nice thick slices of tomato and a few leaves of lettuce. I really liked the red onion and the pickled cucumber. The patty was good but due to the wide bun, the meat patty was thin and would have appreciated a thicker patty and for it to be pink inside not fully cooked inside. 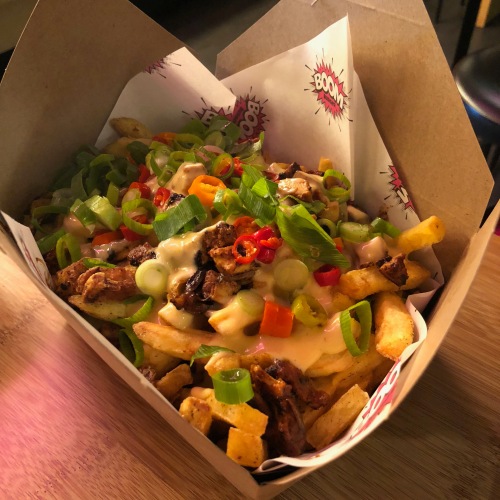 After going twice, this place is good. I really liked the loaded fries, but I would love to know who awarded the award for the Mr Bombastic or is it a play on words. The service here is good and fast and seem to get a lot of takeaways due to the limited seating. If you want a fast eat? This is one of the places on Courtenay Place to go.