Sandy decided to introduce this place to me for lunch. It is a rather small eatery with a few high tables and stools but mostly set up for takeaway or for people that only have a short lunch break. We decided to order takeaway and take the food up to a park so we could get some vitamin D. Mr Crackles is an eatery that produces rolls mainly filled like a bahn mi with different types of pork, but also sells salads with pork in them. We asked to have our rolls cut in half so we could share or rolls. 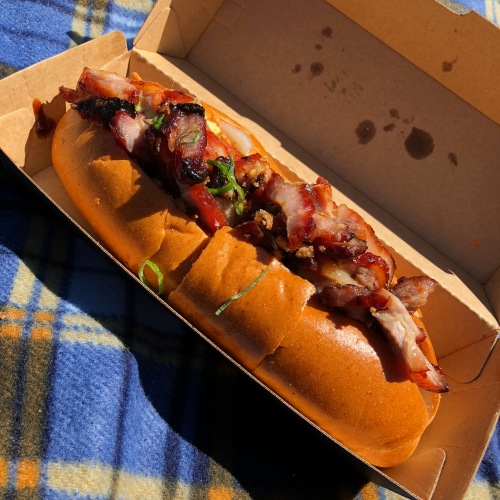 This roll was served with a soft roll. The Chinese style bbq pork was really nice and also inside was pickled vegetables of carrots, also lettuce and with some spring onions sprinkled on top. Overall a really nice roll and really fresh with their char siu on point and not too sweet. 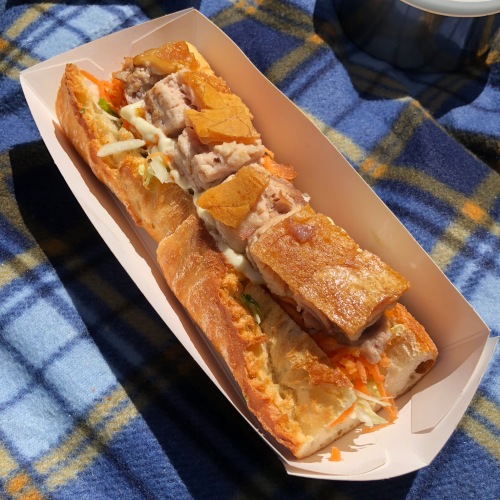 This was served on a baguette and was a twist on A Vietnamese Bahn Mi. The pork was really nice with the crackling still connected to the pork belly. The pickled carrot was nice and I do wish they added some chilli to this. The baguette was nice, crisp and fresh. The best part of the roll though was the crisp crackling in the roll. Overall a really nice roll and I preferred this one compared to the other. 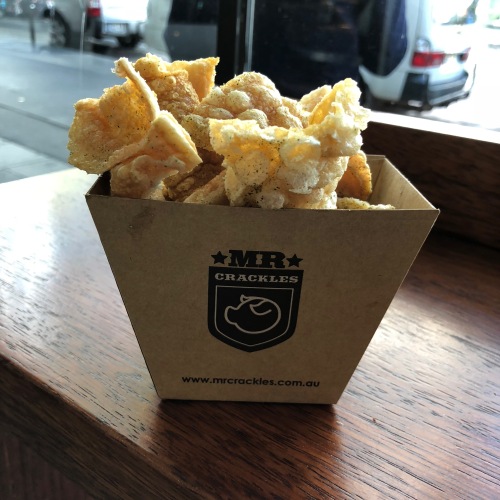 I decided to order these and at the beginning, they were really nice and also had some seasoning on them. Nice crunch to them and at times a bit difficult to eat due to the density of the crackling. However, without a drink, the throat got to try and become harder to eat. We didn’t end up finishing these. 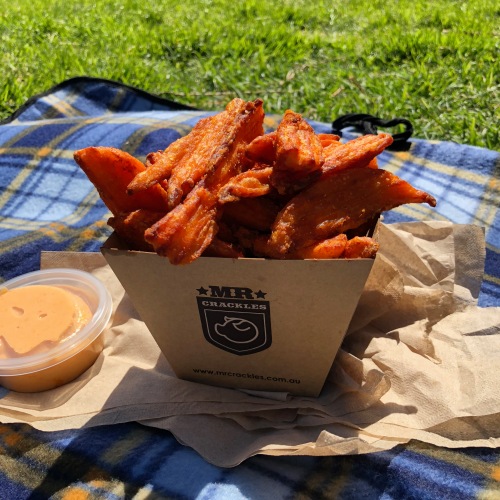 These were really nice and crisp and nicely cooked. Also on the side was a chilli aioli sauce. I did like them but they also but some seasoning on the fries which didn’t quite work for me as I am used to eating them without seasoning besides salt. The sauce was alright but would have worked better if the fries were just seasoned with some salt.

Overall, not a bad place for a quick lunch or to get something takeaway. The rolls are really nice, but I was not totally a fan of all the sides. I would like to go back and try the other rolls on offer and then eat it at a park sitting on the grass.