My friend E wanted to go on a dinning adventure with me.  I was allowed to chose where we went for dinner and so I decided to go to Egmont Street Eatery.  It has only been open for five weeks and this was one of the places I wanted to try before I went back to work.  We decided to go on a Friday night and I was surprised to even get a table straight away even thought it was on bass stools and a high table, but as it was a table for two it was fine. The menu is very fusion with influences of Asian cuisine

This was the first thing that came out to me on the menu that I just had to try it.  I presume it was deep fried and I love my fried chicken especially chicken wings.  It was nicely crumbed battered and had a nice skin to the chicken, it was nicely cooked and what was nice was there was no bones.  The kim chi mayonnaise added a nice bit of kick and slightly different flavour to the chicken. I could have had this as my main. 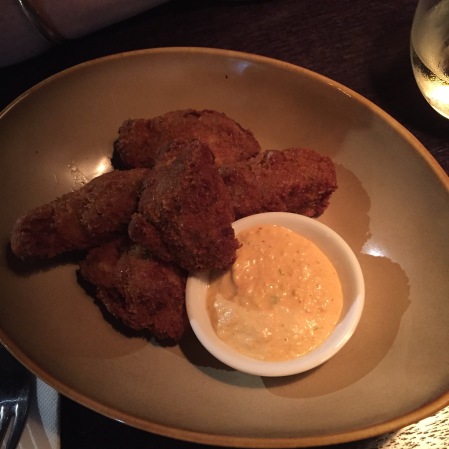 I have never had this kind of dish before and was very nice.  The noodles were nice, but I would like a bit more bite in the noodle.  There were a good amount of clams which was very nice, and the greens, which were celery, coriander, and spring onions.  The flavours were very light and not very overpowering, which was a nice change as sometimes flavours can be too powerful and tasty.  Overall a nice dish. 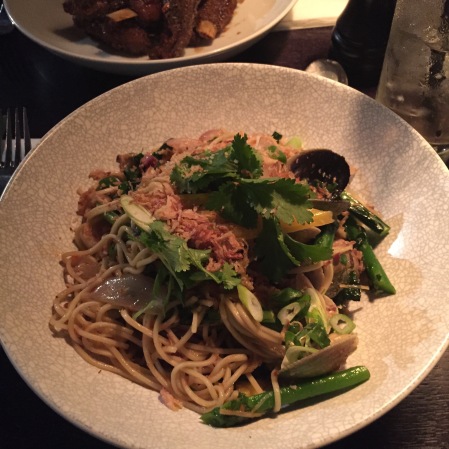 Nice hand cut fries, and I have to commend them on the amount of fries on the plate.  Nice seasoning and crisp.  Was very nice with the kim chi mayo.  The one thing that was missing from the fries was a sauce. 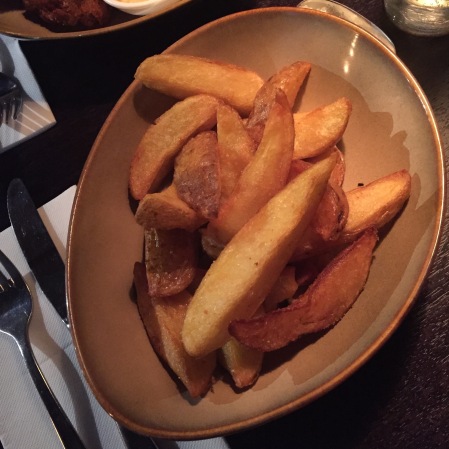 Overall a very nice dinner at Egmont and I would definitely go again sometime soon.  My friend E had the ribs and even though they did enjoy the dish, they did find quite a bit of the meat quite fatty, which they felt was a real shame.  The service is really good and the food came out very fast.  At the end of the dinner they apologised for the table, as there was no normal tables available, but that did not worry us.  They did say to us, that they have been very busy and cannot believe how many people have eaten at the eatery since it opened.