Last night of conference and we decided not to go to the conference dinner, instead we decided to save a bit of work money and go somewhere else where we could digest what we learnt and debrief about everything we saw. We decided to go to Abracadabra from a recommendation from an ex-colleague now living in Rotorua.

We decided to order some tapas before we had our mains.

This was really nice. The calamari was cooked nicely and nicely seasoned. The garlic aioli was a good addition to the dish. Had a bit of kick in it too.

Again the same tortilla chips as the guacamole. The rattlesnake salsa was really nice and had a really good kick to it. A very nice amount of chilli added to it.

These were also very nice. They were nicely seasoned and also had a good kick to them. The aioli tip was nice with the addition of harrisa.

These bites were wrapped like in small sausage bites. They were very tasty and nicely seasoned. The chipotle cream compliments the bites very well. Overall very nice. 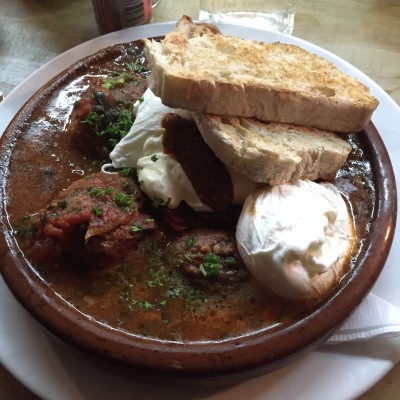 This was beautifully presented and looked very homely. When I took my first try of the dish I was very impressed. The tomato sauce was well seasoned and nice amount of sweetness and with the added slices of chorizo, this sauce was out of the world. The meatballs were very tender and you got four of the them in the tagine. They had a slight kick of spice but were nicely seasoned. The addition of the two poached eggs (which were nicely cooked), sour cream and the harissa was a great combination of flavours. Unfortunately there was not enough bread to soak up the sauce, but the toasted ciabatta was a great addition. 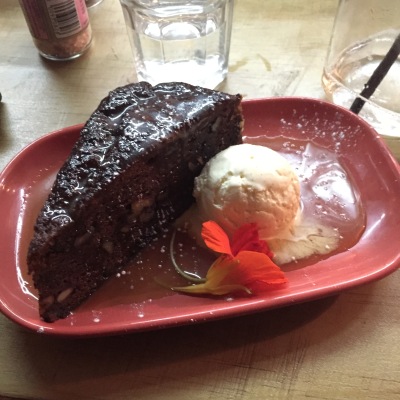 I was looking forward to this. It was presented nicely. However, the sticky date and walnut cake was more on the dry side and unfortunately the butterscotch did not make the cake any better. However, the cake did taste nice, as was the butterscotch sauce and was not too sweet. The ice-cream was very nice and complimented everything else on the dish.