As a family tradition on Christmas Eve we go out for a Chinese dinner, we usually go to Dragon Chinese Restaurant. However, as it is closed due to the November Earthquake we had to find another place. We tried Regal, but they were not going to be open and we ended up at Majestic Cuisine.

I was told to order and practise my Chinese to the amusement of Momma Bear and my Aunty and Uncle. I did a cheeky order and ordered some Hao Gao. I was so impressed with them that I thought I would go back one day and have Yum Cha and so here I am with one of my friends; Angelica. 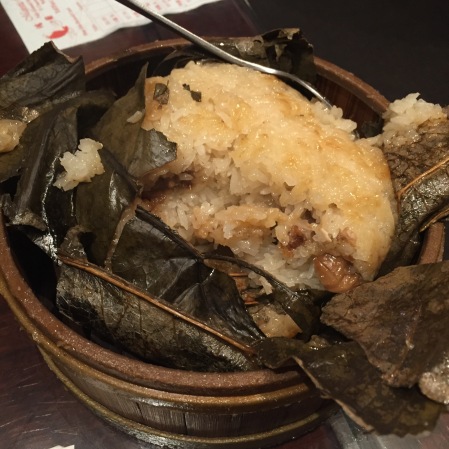 This was a good size and slightly bigger than other places in Wellington. However, there is a lot more rice than there is filing. There was the typical ingredients inside; chicken, Chinese sausage, mushrooms and some other stuff. The rice was very flavoursome and I did wonder how much MSG was in the dish. 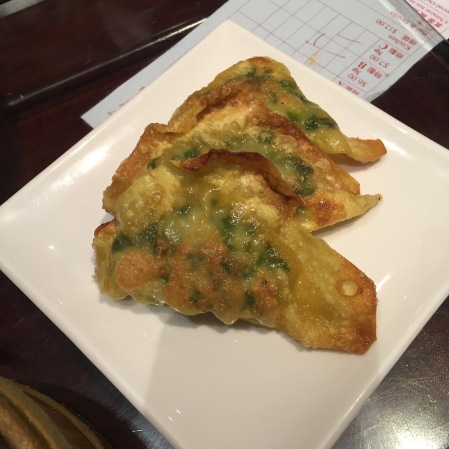 There was a good amount of filling in these dumplings and were nicely cooked by not being over deep fried. The skin was crisp and the filling had a good amount of Chinese chives and shrimps. Again a good flavour and a nice dish. 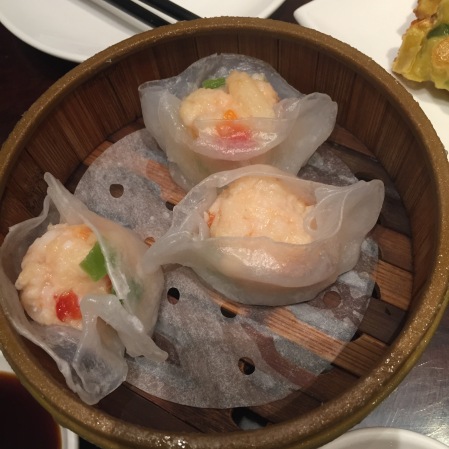 I have never seen or tried this dumpling before. I was surprised to see that the filling was exposed, but I suppose the reason is so the different colours of the peppers can be seen. Overall the dim sum had a nice taste, but it was quiet watery, but not juicy and I wonder as if they were first frozen and then steamed versus made fresh. 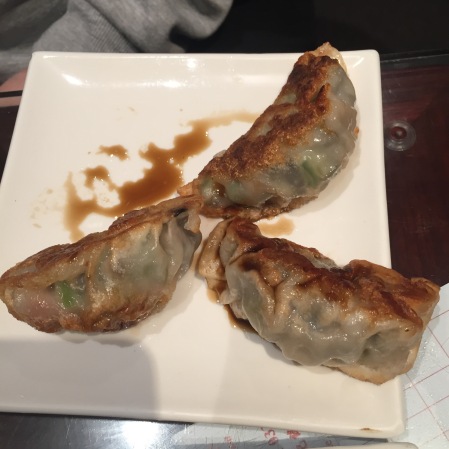 There were originally four of these on a plate. These were good and very meaty. A good flavour to them and good texture from the filling. However, the skin was not very crisp, but what I did like was how thin they were. They had a strong Worcester sauce taste them even though they put vinegar on top. 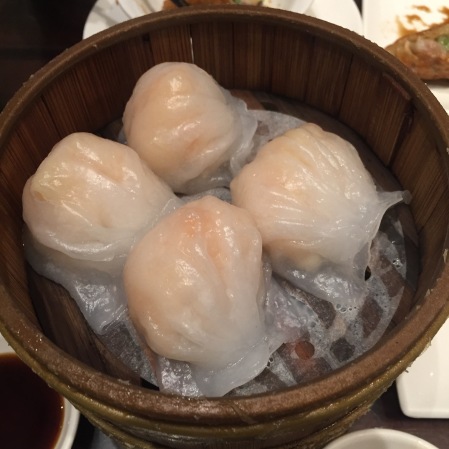 These were not as good as the one I had at my dinner. However,they were of a good size and had a good flavour to them. The had the same texture as the Prawn & Pepper dim sum where they were quiet juicy but was it because they were originally cooked from frozen. 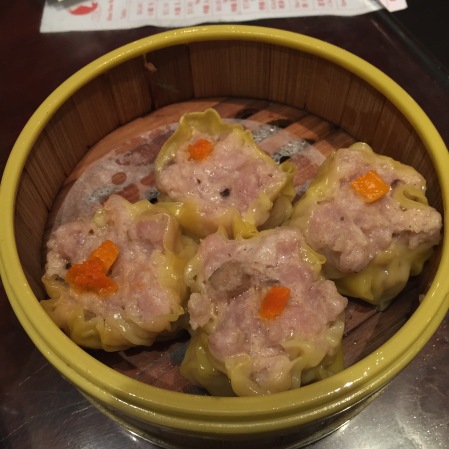 These were really good and were the best of the lot. The filling what a good texture and were nicely seasoned. Nice amount of mushroom that you could taste. 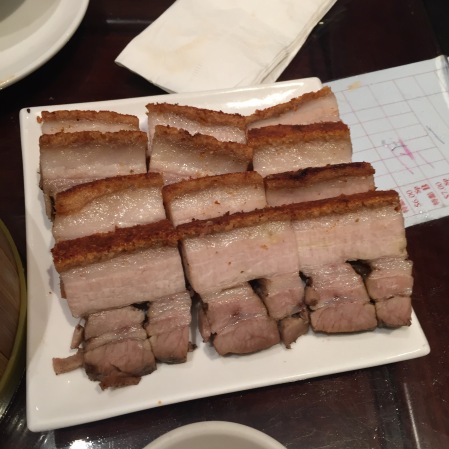 Angelica order this as she is a fan of Roast Pork. Me I like it but I usually order this at dinner time, so I can get rice because it is always a bit too salty for me. As per usual this was quite salty especially the bottom layer of the pork. It also was a bit tough and all the moisture had seem to have disappear from that bottom. The skin was nice but you could tell it was deep fried and not baked in an oven.

Overall not bad for Yum Cha. As I went on a week day, I wonder what the food is like on a weekend and if the food is fresher, and not necessarily like they are cooked from frozen. The service was good and it was interesting to see that the food was being walked around instead of you needing to order which is the usual practise at Yum Cha on a weekday. Also I have to make a comment of their chilli oil. It is so good here.