A friend of mine introduced me to Mao & Co. through Facebook. I have not managed to try them until I saw that they were at Moore Wilson’s Popup Pods. I decided to give them a try and see what they are about. In my investigation I found out they make their skins for the dumplings and use seasonal ingredients and also make their own noodles, which is a real point of difference especially in Wellington. 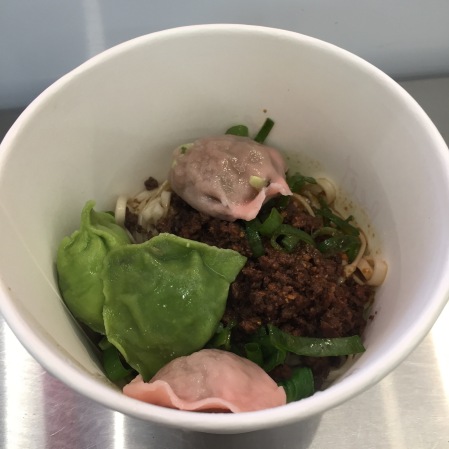 I thought this would be a great way for me to see what Mao & Co. is really about. With this combo you get to choose which noodle you want and then get to try some of their dumplings. I had the Beef, Sichuan Pepper & Bok Choy noodles with two each of the Prawn, fish & Water chestnut and Pork, Chinese Cabbage & Fennel Dumplings.

The noodles were really nice and still had a bit of crunch to them. The seasoning went well with the noodles with nice seasoning in the beef and the bok choy. I could not really taste or feel the sichuan pepper and the sauce was a bit salty for me.

The dumplings were both very nice and you can tell that they were 100% handmade. What surprised me was how finely ground up the filling of the dumplings were. Both fillings had the same texture and were a bit to soft for me personally and I also like to tell what I am eating through the texture of the food not just the flavours. 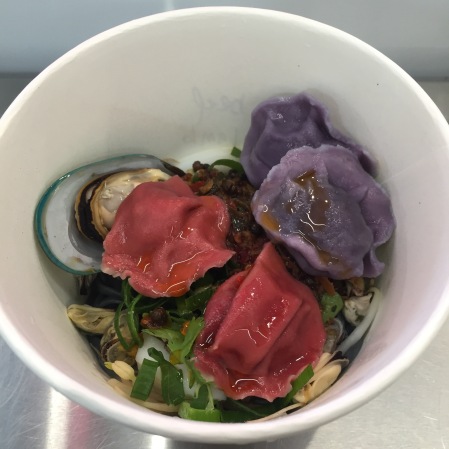 On my second visit, I decided to give this combo a try with the Lamb, Green Leek & Cumin dumpling and the Beef, Red onion & Cumin dumpling. I liked these dumplings better compared to the Prawn, fish & Water chestnut dumpling and the Pork, Chinese Cabbage & Fennel Dumplings. Both the dumplings were seasoned really nicely and a preferred the texture better compared to the others.

The Noodles again were really nicely cooked and had a good bite to them. The seafood was the pre frozen mix of seafood and a fresh mussel. Also there was bean sprouts added to the bowl as well. The seasoning of the seafood noodles consisted of peppercorns and black beans with other stuff. Again I did find the sauce slightly too salty for me but it was really nice. 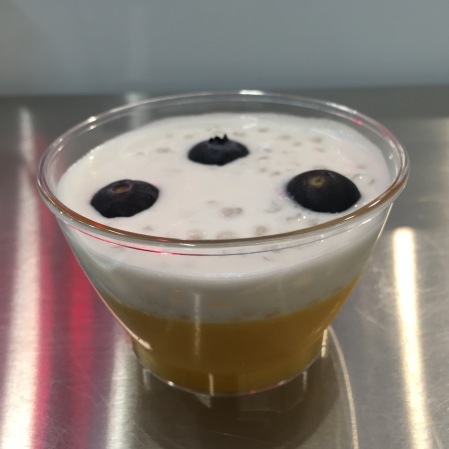 This was a bit smaller than I thought it would be. However, does not mean it was not nice. The combination of mango and coconut works really well and then adding a bit of sago gives it a bit of a different texture.  I did find it a little too sweet though.

Overall these guys make some good hearty food. The dumplings and noodles are all handmade and have a good variety of dumplings. I do think the servings are a bit small personally, but it must take a lot of time to hand make the offerings. There is no one else in Wellington serving their style of food and I have to stay their food is actually quite comforting.