Was in Auckland and needed a quick lunch before i had to catch the Sky Bus back to catch my flight back to Wellington. So I remembered about Food Alley and decided to give one of the stalls a go. I did some research and on TripAdvisor everyone was talking about the Curry Laksa at Malaysian Noodles, so I thought why not give it a try and see what kind of Laksa they make. 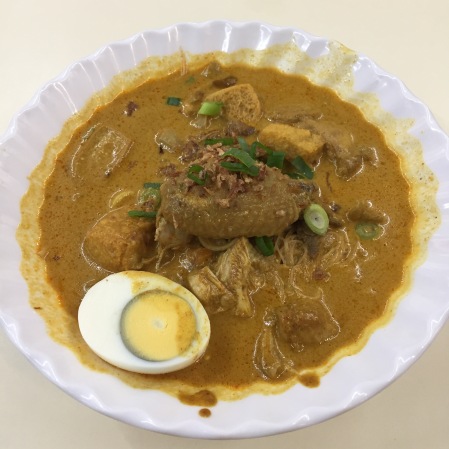 I was instantly surprised how sweet this Curry Laksa was. I was really impressed. The laksa was curry powder based and packed a lot of flavour. There were heaps of pieces of chicken, some pieces of tofu, some bean sprouts and half a boiled egg. They use both egg and rice noodles, but it was all very nice. The rice noodles were cooked in the laksa and was not stirred so it was slightly stuck together, but that was actually the nice bit about it as it also had the flavour of the laksa. A fantastic Laksa overall.

While I was there, the people next me had the mee goreng and the char keow teow. They looked and smelled fantastic. I wanted to get my chopsticks and try some of their noodles. It seems that a lot of the people that eat in at Food Alley come to Malaysian Noodles. It looks like I may have found my favourite stall.