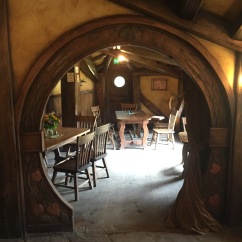 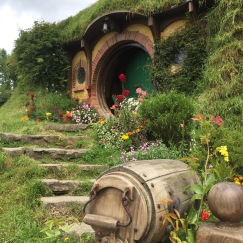 Had the awesome opportunity to go visit Hobbiton in Matamata. Although this is the second time, both were because of work. Hobbiton is an impressive place and still kept in a fantastic condition since they started filming the Hobbit there many years ago. I decided this time to actually try some of the food available that is only accessible after you have done the tour around Hobbiton. 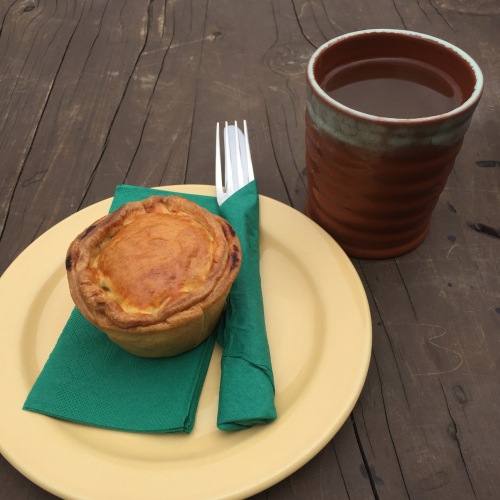 I decided to try this pie out and see what they had on offer. The pie was surprisingly quite small, however, I was thinking about it and it was not all too surprising. The pie had a really nice crust to it, which was crisp and not too thick. The filling was full of dense pieces of meat and had a nice dark ale taste to the filling. Overall, I quite liked the pie. However, it was slightly on the dry side, but well worth a buy and try.

Spicy ginger perfectly balanced with sweetness and tartness.  This non-alcoholic brew is ideal for those driving the cart home.

You get this complimentary after the tour at the Green Dragon Inn. This is a really nice ginger beer with the balance between the sweetness and the taste of ginger. The ginger flavour is stronger than other ginger beers, but it is a really nice non-alcoholic brew. The This Ginger Beer is brewed exclusively for Hobbiton by Good Geroge Brewing. The brew can only be bought at the Green Dragon Inn or the gift shop, which the public can access. If you want to buy this, just be aware that it is not cheap.

Hobbiton Movie set is well worth a visit if you get the opportunity to do so. It is very cool and they spend a lot of money to keep the standard that was seen in the movie. The food at the Green Dragon is very good and although there was a limited offering at the Inn, there are opportunities to have banquets amoungst the Hobbiton set.