So I was doing some shopping at Yan’s and since I had not had lunch I decided to get some of their takeaway food.  They have an assortment of Chinese roast meats and also some other assortments of Chinese food. 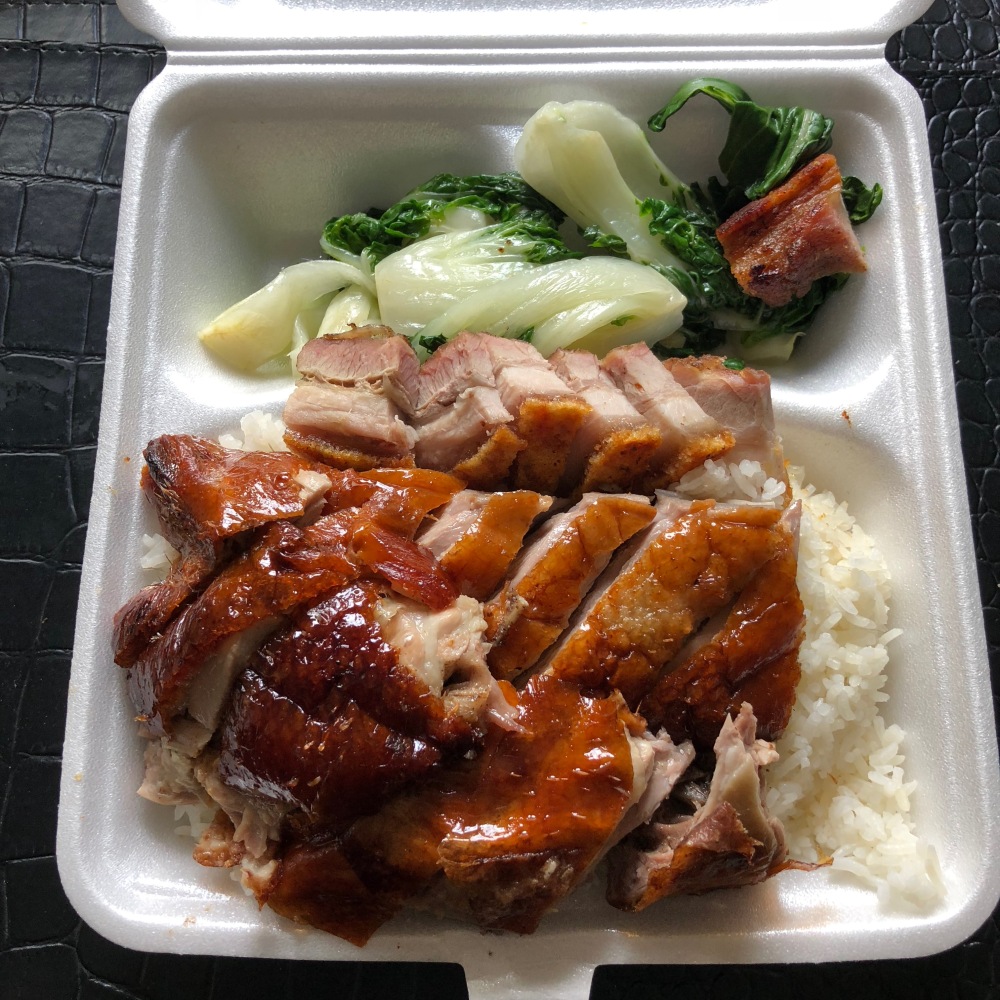 The surprising thing about this is the container it comes in. There is room for the veg on the side and then the rice and meat on top. Usually, you get the veg between the meat and rice. The veg then served some bok choi, which wasn’t bad, thankfully it was not too overcooked. The roast meat to rice ration was good, where I had enough roast meat for the amount of rice. The roast duck was nice and succulent and not too overpowering in taste and where you could still taste the duck. The roast pork was also good but it did have more seasoning than the duck and was overpowering.

Overall not a bad place for roast meats. They are quite generous on their meat compared to over places. It is a quick, cheap and easy way to get some food if you are in the area and in a hurry.