Some of my work colleagues have talked about this place and said that I should give it a try. So I was travelling around Tawa and decided to pop in and give this place a try and buy some for afternoon tea for some friends. It is slightly hard to find as this place is actually inside a bar (thank god for Google maps) and has a cabinet filled with doughnuts. There are numerous different kinds and I thought I would out three. 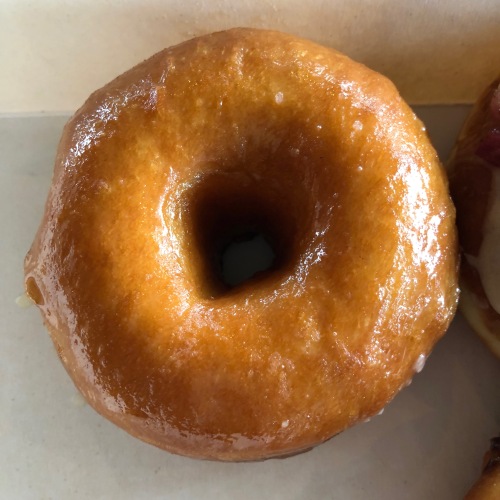 This is one of the best food combinations ever: Bacon and Maple syrup. This doughnut had a good amount of chopped bacon but did wish it was all over the doughnut just on one side. The maple glaze was good but would have liked more of a maple syrup flavour to the glaze. Overall, a good doughnut though. 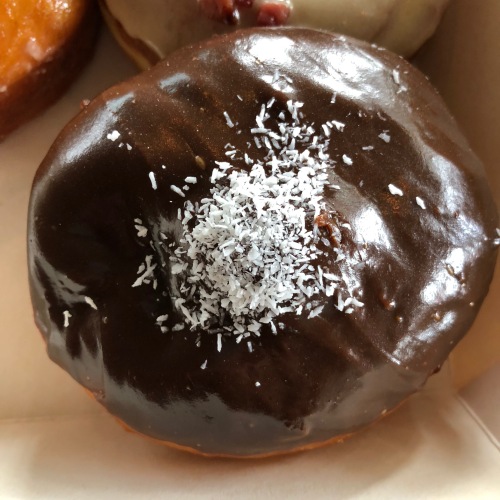 I also love the combination of chocolate and coconut. It is just soo good. I did not know that this doughnut would have a filling inside, and what I found was this coconut butter kind of filling. The chocolate glaze on top was nice and thick and had a great flavour. Overall, this was my favourite doughnut of the day.

So, another outlet selling doughnuts in Wellington. However, they are way out in Tawa. I would say though, that these are damn good doughnuts. They are of a good size and the dough is really nice. The only downside would be that they are slightly on the oily side. Would I have these again? Yes. Would I travel all the way to Tawa to have them? Not really, but if I was ever in that area, I wouldn’t say no to dropping in and buying one.

Chicken livers and Bacon with Pappardelle pasta.
Saturday night dump’ling sess.
Was in Palmerston North to visit friends and got them to visit Shake off with me. First off, thought I was going into Shake Shack. So similar in design and concept.
Back to @bar_romeos to try their meatball (sub) and a sneaky cinnamon roll.
Ain’t going to lie. I had real high hopes for this. I love me some Beef Brisket and love me some fried Ho Fun and discovered you can combine it when I was at Yans in the Hutt. The brisket was tender and had some resemblance of flavour and the Ho Fun just lacked flavour. Just a teaspoon of MSG would have led this dish to legendary status but it failed big time. No real flavour to take control of the dish. Very large serving though and I could only eat half of it.
Discovering that @thedumplingcompany on The Terrace do Hot Pot during the evenings. Win!!!!
The two best things @maranui_cafe!!
SoNut offering this week @lashingsfood: Dirtea
Last post and last meal in Taupō and of course it has to be from @paulysdiner. Actually visited three times during my four days there.
Legit milkshakes @paulysdiner!!!