Buttercup and I went for a walk and also went to have a look at a few open homes. The plans were to have some afternoon tea somewhere and we ended up at Park Kitchen due to their courtyard and it being a nice afternoon. I wasn’t suspecting anything fantastic as previous visits the food was just alright. However, there has been a change, there was a cake cabinet and the menu looked slightly different, but we were only there for afternoon tea. 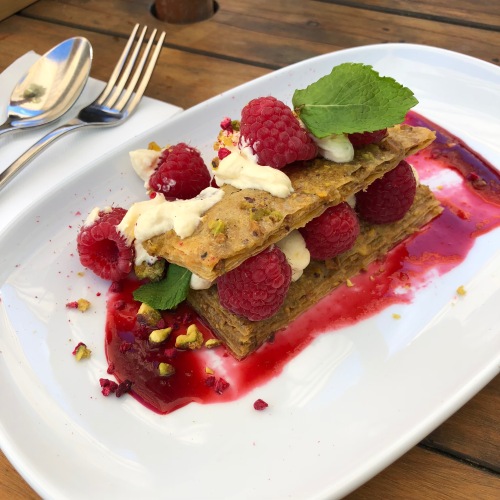 This was ordered from their current dessert menu. Went it arrived I was overly surprised at what the Mille Feuille looked like. There were so many raspberries and quite a bit of crushed pistachio nuts sprinkled on top. Overall the dessert was fantastic. The custard was great and the pastry was nice and crisp and had some honey also poured on it. It was more of a fusion between a Mille Feuille and a baklava. Yummy! 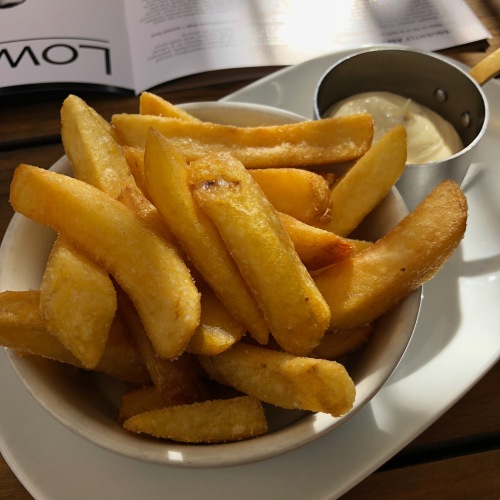 These were really good. Nice and crisp and nicely seasoned. The inside was nice and fluffy and the aioli was really good with the chips. Overall some great fries.

Ok, so previously I have been here I didn’t rate it. However, after having some afternoon tea here, I could possibly reconsider my opinion. The food was good and as to was the service. I am not sure what has changed. Maybe the change in management or chef, but I will definitely go back and see what the other offerings are like.