Asked Betty Boop if she wanted to go out for brunch. As to be expected she said yes but had to go after she went to the gym. So just before mid-day, we decided to meet at Whistling Sister, which is a relatively new place in Wellington. Besides offering food, this place also brews it’s own beer and apparently roasts it’s own coffee as well. Surprisingly it was not all that busy, I suppose it’s hype has disappeared. 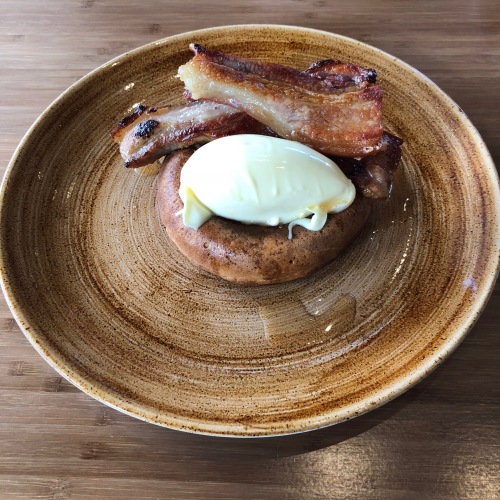 Obviously, I had not read the menu properly and surprised just to see one pancake on the plate. However, it was a tall pancake and looked quite dense. Also, I was surprised that everything included the plate was some variation of brown. Brown is such a weird colour. Besides, these two things, that pancake was really nice and I really liked the thickness of it and had a smokey sweet taste. However, you could not taste the sweet potato. The mascarpone was really nice and I really liked the bacon, especially because it was thick and the rind was slightly crispy. Overall the flavours on the plate were awesome, but I thought it would have benefited if they swapped the plate with a white one. 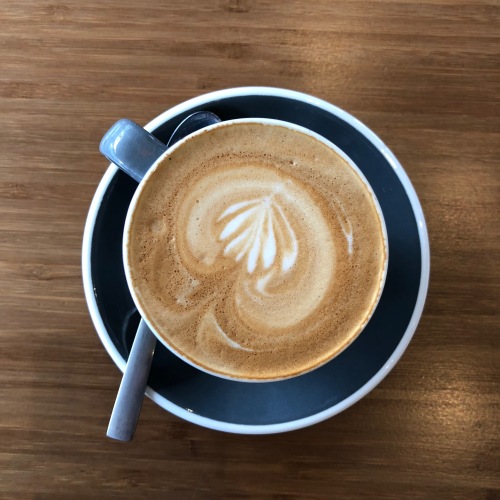 This had a nice colour to it. Although I liked the bitterness and depth to the coffee was good. However, It lacked flavour in the coffee. I could not taste anything in the front end besides milk. So not a great coffee. 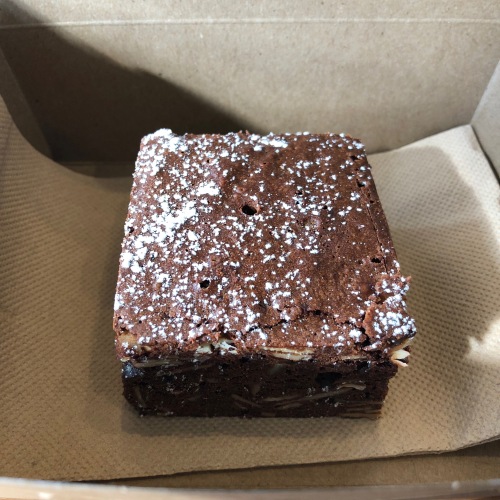 I was going to eat this for afternoon tea and got it takeaway. However, Betty Boop and I were spending more time chatting so I decided to give it a try. When I started to break some off, I was surprised to see how crumbly it was and I thought maybe it was because of the sliced almonds inside. The brownie had a more of a dark chocolate taste, but I could not taste any espresso. Overall, this was a dry brownie and I didn’t rate it. I ended up throwing it out.

I like the atmosphere and the setup that they have here. I thought the service here was really good and I did like my pancake. The brunch menu looks really good and I would like to go back and try their other dishes. Also, I do like the look of their dinner and snack menu as well. Whistling Sisters and other eateries and shop are revitalising this area of the city and bring a different vibe to this area. Overall will be interesting to see this area develop and Whistling Sisters is a good addition.