It was one of the students birthdays while we were in Los Angeles and we needed to buy a cake. However, we could not find one and I discovered there was a doughnut shop at Universal Studio City Walk that I thought why not make a cake out of numerous different doughnuts. I have actually heard about this company before and heard that they made good doughnuts so it was pretty cool that I had the opportunity to give this place a try.

Raised yeast doughnut with maple frosting and bacon on top

I decided to buy this one for myself and not include it in the Birthday Cake. OMG, this was a brilliant and maybe the best doughnut I have ever tried. The doughnut itself was light, fluffy and had no oil aftertaste. The maple icing was not too sweet and the bacon was crunchy and savoury. Yummy!

Raised yeast shell filled with Bavarian cream and topped with chocolate and two eyeballs, representing the vision of the great city of Portland.

This was part of the Birthday Cake and it was good. It is slightly like a Boston Cream but so much better. The filling was so good and had a lovely creamy egg flavour but not solid like a typical Bavarian Cream. The chocolate on top was great and altogether a legendary doughnut. 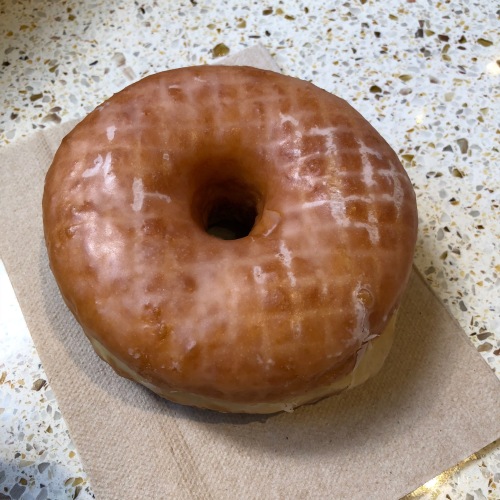 A classic doughnut that is produced really well. I think what I have noticed about bad doughnuts is how much oil soaks into the dough. This one had none that you could taste. 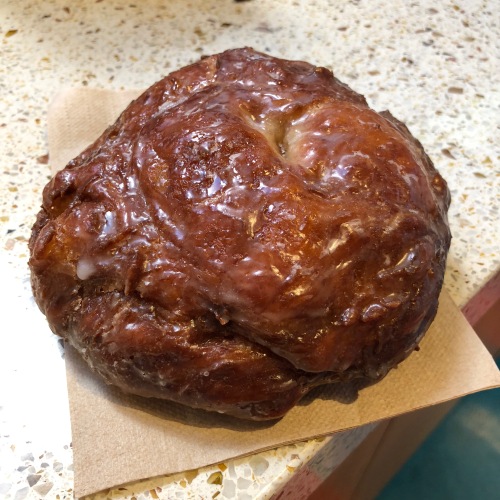 Fried dough with apple chunks and cinnamon covered in a glaze

This was a solid doughnut and quite heavy. It was slightly hard due to glaze and heavy because of the apple that was mixed into the dough. However, this produced a lovely doughnut with cinnamon also mixed into the batter.

I can now see why people talk about these doughnuts and why there were long lines to get your hands on them. These were just some of the best doughnuts I have had. They know how to make them well here and they also have lovely friendly staff.

Found out that Tiger also do a dry version of their Malatang. To be honest, I cannot stop thinking about this place as it is so good and I had discovered another reason to go have it. I went with mild in spice and that was a slight mistake. It totally kicked my ass, but I have to say the dry version is not as good. Not as much flavour and actually just pure spice. Stick to the soup version I reckon.
Oh the hot chocolate @scopacubastreet
Big Breakfast @seashorecabaret
Fish burger @freskosupplies and some calamari.
So lucky to get some kaimoana: pāua. Interesting that pāua is not pronounced "pawa" it is more like "toe" but with a "p".
If I have not said this then I will say it now. The mapo tofu at @_kccafe is legit and the best in town. It is just so good.
Chicken and Waffles @orleansnz
Finally got back here to have a fresh fruit ice cream.
OMG!!!!
OMG There is skewer game at the Night Market in Birkenhead on a Sunday.