Was walking around the CBD and felt like some ice cream and Sandy suggested that I should check this place out as it is organic and preservative free. It has been in Melbourne for a while as I have seen it a few times and decided to give it a try this time. There are some interesting varieties of the soft serve on the menu including one with edible gold leaf on it. 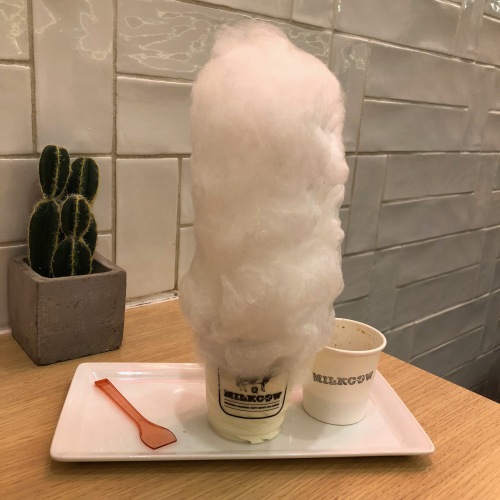 Served with Chocolate Coffee Beans and topped with Fairy Floss. Pour the Shot of Espresso and watch the magic happen