Decided to go back to Juicy Bao for my Xiao Long Bao fixed. This place has grown in popularity and I had to wait to get my fix this time, but only had to wait for about 15 minutes. When I got inside I noticed that the place was packed with more Europeans than Chinese people and I did slightly wonder why. 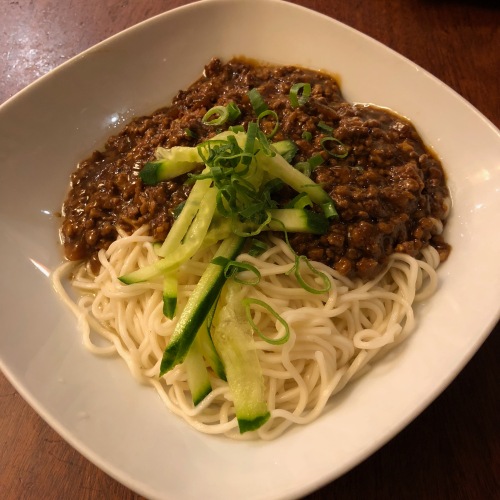 This was really nice. The noodles were nicely cooked and not too gluggy. The mince was nice with some fermented black beans which add a bit of saltiness and some chilli. Also, there was some cucumber but I expected more as it was a bit on the light side. However, when you mix everything together add some chilli and some vinegar and you have a great bowl of traditional cheap noodles.

These looked really nice but the skins did look tight around the filling. The skins were not as thin as I remember them to be and there was no soup in my bao’s. The filing was nice though and you could taste the chicken and the prawns but the lack of soup did ruin these for me.

Although I only had two dishes. I feel maybe the standard has dropped and so fewer Asians now come to eat there. Although, the noodles were really good. If your signature dish is not great then people will not go. Maybe next time, I will have to go to Shanghai Dumpling instead.