Found myself going to have lunch at Jackson Cafe Bristo with She-Ra. As she lives around here she has been a few times. Me, never been and since it was in the Entertainment Book I decided let’s give it a try. This place has won some awards, especially for its Beef and Lamb more recently for 2019 and every year dating back to 2012. However, as I was here for Brunch, I went off their day menu not their evening one. 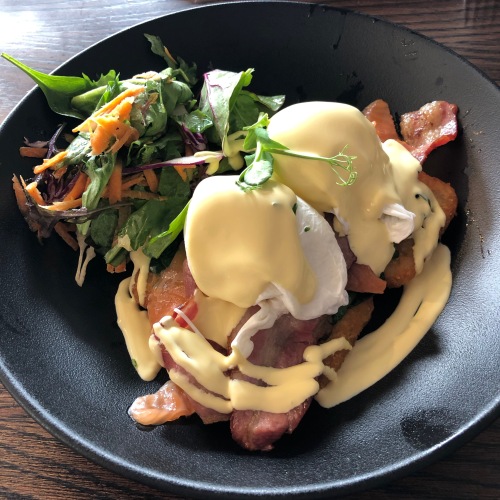 This looked impressive with the plating. Everything stacked nicely and the generous amount of hollandaise poured on top. The salad had a combination of carrots, cabbage, mesclun, and had a nice tart dressing to it. The eggs were good but were not as runny as I would have liked. The bacon was cooked perfectly and the combination of smoked salmon went really well. The hash browns were really crisp and even though they were really nice I thought some housemade would have been better vs the prebought. Overall though a very nice dish and well recommended. 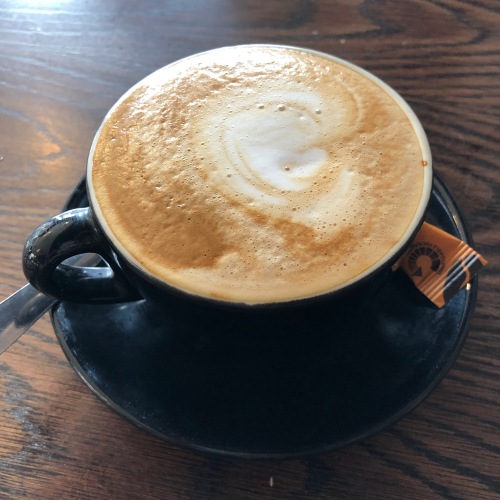 Not sure what bean they use here, but I was not overly impressed with this coffee. I didn’t like it when I first took a sip and as it sat it became better. However, I was not really a fan and didn’t even finish it which must mean something.

Overall, a good brunch meal at Jackson Cafe and Bristo. The food came out pretty fast. The service was good and the atmosphere was fine. I do wonder what their dinner service is like and looking at it, I am slightly surprised at how expensive some of the dishes are. However, when you win awards I can see why they charge a bit more.