Went out to dinner with some members of my whanau. As individuals, we are all foodies and love coming together to try different places out. I was tasked to find somewhere to eat and I ended up deciding between Glass or Eat. I ended up choosing Glass because they had a higher rating on Google and some reviews did not favour Eat. We discovered that Glass is a more Tapa style eatery so we ended up ordering different plates to share. Mulan was tasked to decide what we were going to eat.

Although it did not seem to be many on the plate. This was one of the best dishes we had. The beans were cooked nicely but the matching of the confit garlic was fantastic. A very simple dish but was well seasoned and the beans cooked perfectly. 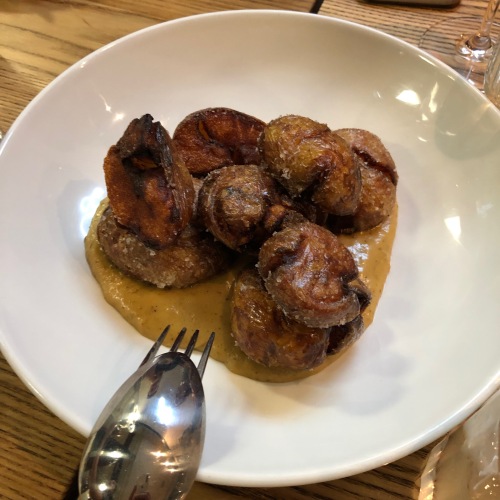 This was my favourite dish of the evening. The potatoes were cooked really nicely. They had a nice crisp skin with the inside being fluffy and nicely seasoned. The soubise (an onion butter sauce) went really well with the potatoes adding a nice sweet buttery flavour. 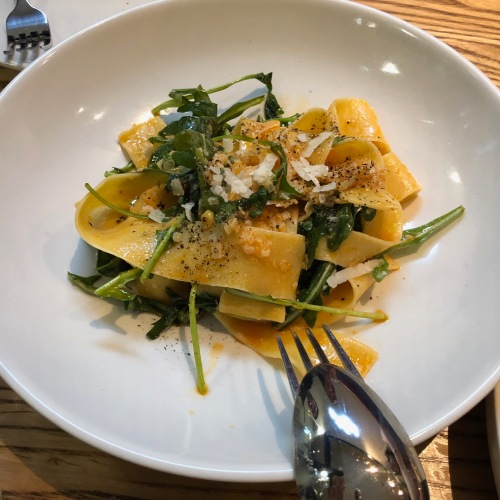 This was plated really nicely. I liked the flavours but did not get the chilli kick, but I think because they used chilli oil, not chilli flakes or powder. The pasta had a nice bite to it and cooked al dente. Liked the rocket and nicely seasoned with black better on top and the parmesan cheese.

I liked the dish. However, it was hard to share between five people. The marrow was really nice and soft and I loved the deep-fried capers, which added texture but also flavour. The dish also came with sourdough bread and we were given extra because of the size of the party.

Nicely cooked steak, especially the inside cut of the meet. The salsa verde was really nice and had nice subtle flavours that did not overpower the beef. Also, liked the chargrilled edges of the steak.

Half Roast Chicken, Lemon and Thyme

This looked really impressive but not really a sharing dish. The pastry was nice and crisp and the cherry compote being nice and tart. The mascarpone bought everything together. However, I could not really taste the orange apparently in the mascarpone. 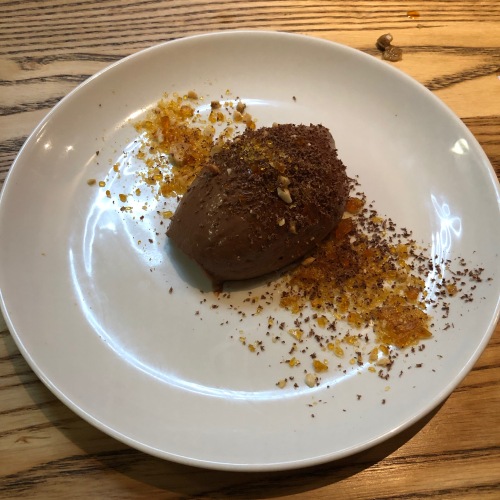 This was a rich mousse but nice. I only ate two spoonfuls because of how rich it was. The praline was good and added a nice crunch to the dish.

Overall, a nice dinner at Glass. However, it was dead quiet on a Saturday night and suspect they are busier Monday . to Friday due to where they are in the city. The service was good and the food came out when it was ready. I really liked the vegetable plates and I highly recommend them. However, I am not entirely sure if the menu is really tapas based as the plate sizes are in-between sizes either too big so you only order one, or two small that you need to order two. However, a good place to dine with also a good wine menu.