I have been to Tim Ho Wan in Hong Kong recently and discovered that they have recently opened one in Melbourne. My friend Sandy had went recently and told me I had to try it. I asked her what she thought about their BBQ Pork buns and she loved them. She also loved the pawn cheong fun and told me I had to try them as well. When I arrived I was some what surprised to see how small the restaurant was compared to other chinese restaurants. However, I suppose they wanted to test the Melbourne waters first. Also I was surprised how early they opened at 10am. The menu is exactly the same as the Hong Kong ones and also have special dishes that they change monthly. 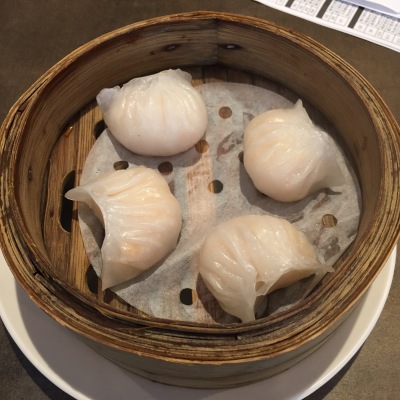 These treated nice and went well with their chilli sauce. However, they were not as full of prawns chunks compared to what I had in Hong Kong. They had a good crunch to them but were slightly on the small size. The chilli sauce on offer was also interesting as it tasted like a chilli chutney due to the sweetness in the sauce and there was no chill oil in sight. 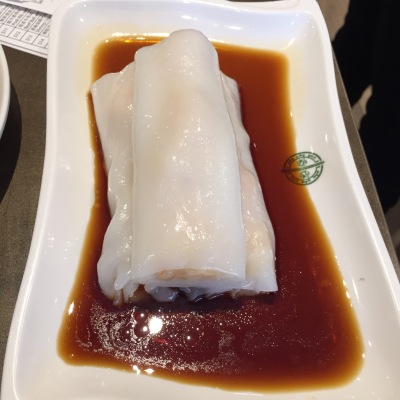 These were also nice but I would say the same thing about this dish as I said about the Har Gow. There was a lack of prawn in the dish. In my Hong Kong review I said the pawn was the star of the dish. However, here the rice roll was just not up to par. 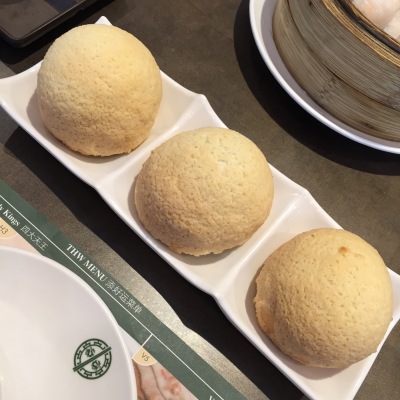 These were really good and were as good as the Hong Kong ones. They top was crisp and crumbly and I do not know how they manage to get the top of the bun to raise so high. The filing was well balanced with a good amount inside with good flavour. These have to be good as this is the dish they are famous for. 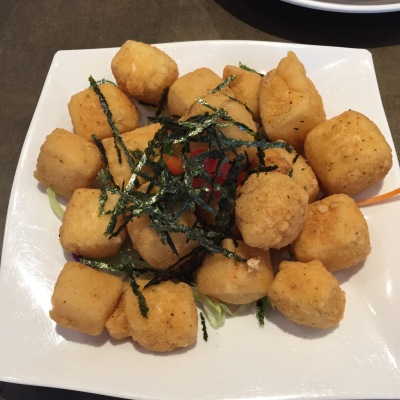 Sandy recommended this to me, I was a bit suspect as I am not a fan of deep fried tofu, but as Sandy is also a foodie I did order it. The deep fried tofu was just so good, I could not believe it. The outside was crisp and the tofu then melted in your mouth. The flavoring was well balanced and the added garnish also added a bit of difference to every bite.

Overall Tim Ho Wan was good but compared to the Hong Kong version it did not match it unfortunately. An aspect I did like was the lack of MSG in their food and I came away not thirsty. I do wonder how their other dishes differ from the ones in Hong Kong.  Also I was slightly surprised how expensive the food was for Yum Cha. However, Tim Ho Wan has a famous name and people still go. Finally I have to say again,  how good the BBQ Pork Buns were. They were just outstanding.