Discovered that Belles Hot Chicken was going to be doing a Pop-up in Wellington at Shepherd. I have had it before: Belles Melbourne and was excited to introduce it to Pepper Potts as she is a lover of Fried Chicken. I couldn’t make it till 5.30pm due to me having to be at a conference for work, so we had to wait in line for 1 hour and 45 minutes until we could get a table. However, once seated the food come out pretty fast. The menu was pretty simple and not as extensive as their usual menu, but that is expected for a pop-up.

These were really nice and had a nice thick crumb to them. The crumb had a good kick to it and the clams were of good size. The white sauce went really well with the clams and I loved the pickles that they put on top. I have had this in the past in America and this version I liked better as the clams were a lot bigger in size.

The Southern Wings, I enjoyed the best. Although I missed the spice from the Hot Wings, they were just easier to eat. The coating was good, the seasoning on the wings was great and the wings were of good size. Also again, I loved the pickles that went with the wings.

The Hot Wings were good as well, but they were slightly more difficult to eat, as I tried to take a breath in through the mouth when attacking them and then all the spice came off and I ended up having a bit of a coughing fit.  However, the wings went really well with blue cheese sauce and the ranch dressing.

The Fries were alright, they were good with the sauces. However, by themselves, I felt that were over spiced but under seasoned.

Braised Greens, not really my thing. 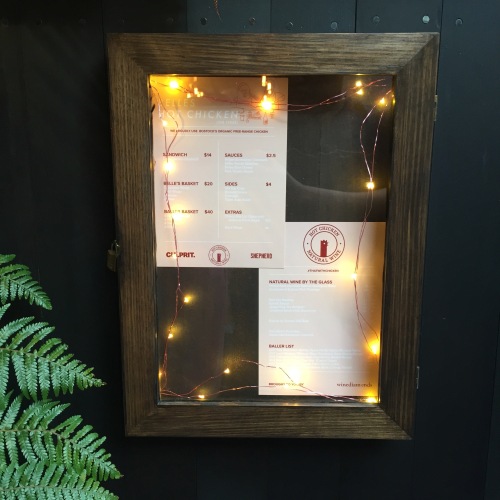 Although we waited in line for a very long time Pepper Potts really enjoyed herself and I manage to master how to eat chicken wings through a youtube video I saw a while back. As I said the food came out pretty fast once we ordered and the service was really good, which was provided by the Shepherd staff. Pepper Potts really wanted to try the sandwich, but it had sold out before we were seated and we asked the FoH how many servings they did and they managed to sale all 76 sandwiches and cooked over 500 wings that night. Crazy!