Went to Beach Babylon with Pepper Potts and some others. We originally tried Monetary but they had sold out of their burger before 7pm on a Monday night, crazy! There was four of us and we decided to split two burgers between us. The place was relatively busy and the food seemed to be coming out at a regular speed, as I think it was busier than it usually is on a Monday.

No Smoke without Fire 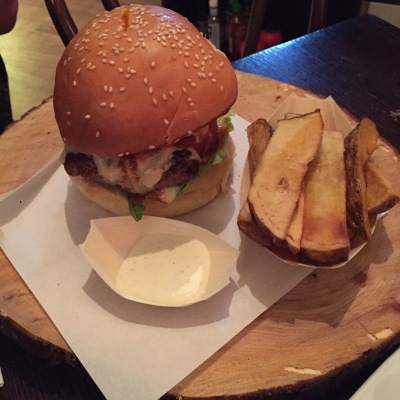 The presentation was pretty cool with the burger and chips sitting on a slice of wood trunk. The burger looked pretty tall and had the sauce dripping out of the sides. The Angus beef patty was nicely cooked and was moist in the middle. The Kapiti Pakari cheddar and jalapeño fondue gave the burger a good kick with the chilli jam and habanero mustard. Also in the burger was bacon but only one slice and was not placed in the burger very well with one side having bacon and the other none. Also in the burger was lettuce and slices of tomato. You can get the burger with a chilli rating of, mild, medium to hot. We got the medium which they say is kiwi hot and the hot as thai hot. The handcut chips were good but not that hot when they first arrived. 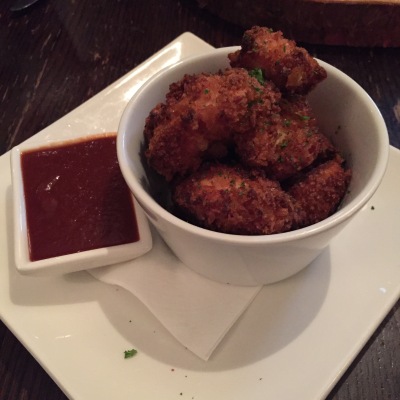 This was really disappointing. They used breast meat and was crumbed with bread crumbs or panko. There was not much flavour in the chicken. The chicken was cooked well but the panko was a lot more brown in colour than I would expect. The side sauce was alright. The dish had a lot of promise but did not shine

Overall the burger was good. The patty was nicely cooked and what made it different was the kick from the jalapeño, chilli jam and mustard. We all agreed that we should of gone for the  chilli “hot” burger instead of the “medium” burger. I also wish that we had more bacon in the burger, but the bacon was nothing special. Finally the food actually came out pretty slow and the service from one staff member was pretty bad with her just dumping the food on one side of the table and us having to hand the food down to the other side.